It’s been a while! I really need to stop starting blog posts with that phrase but I just haven’t had the time to open my laptop over the past 8 weeks. Between a global pandemic, home-schooling Elliot and Luna being born (!!!) it’s been a pretty busy time in the Doyle household. 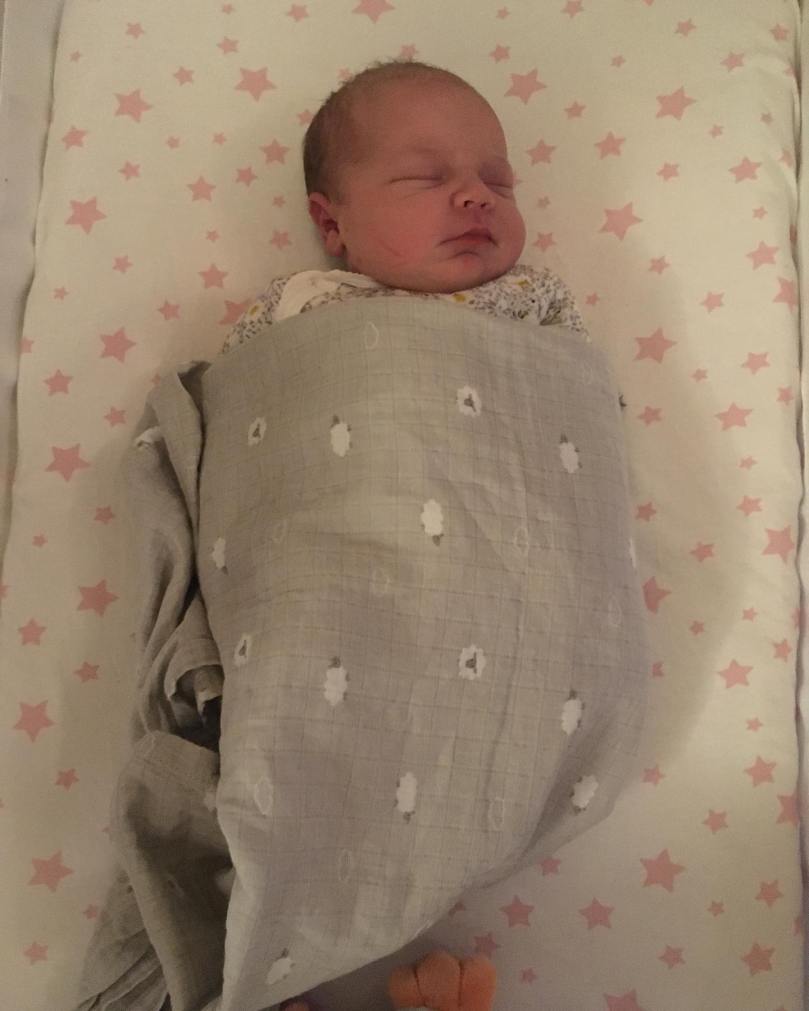 Anyway, yes. Luna was born! And I thought I’d delight you all with the birth story! I loved reading positive birth stories and watching YouTube videos. I definitely watched Louise Pentland’s video several times, I found it so comforting and really calmed me for labour.

The story of Luna’s birth is boring and long-winded, unless you’re me so I’ll fast-forward through the first day and a half.

I was due to be induced on the 3rd March 2020, my due date, because I’d flagged up as being low in Papp-A which long story short, could mean that baby could be small or premature. (Spoilers, she wasn’t.)

At about 10pm on the 3rd, I had a pessary (a weird paper tampon thing, I never really saw it but imagined it looked something like those magic fish you get in Christmas crackers) inserted and I laid there, listening to my hypnobirthing affirmations and excitedly waiting to meet my baby.

Aaaand nothing happened. Someone in my bay of six pregnant people got louder and louder, before being whisked down to the Delivery Suite to pop their baby out. I sat there, listening to podcasts and waiting my turn.

On the Wednesday, nothing really happened. The weird paper tampon thing came out, they decided that baby still wasn’t fussed about moving and it was time to move onto Phase 2 which is a gel. That was inserted on the Wednesday night and you can use your imagination on how that works. I felt a few rumbles in the womb-jungle but nothing too intense and I carried on doing cryptic crosswords with Reece and listening to Christine and the Queens on repeat, whilst listening to another pregnant person get louder and louder before making their way over to Delivery Suite.

I woke up on the 5th and something felt different. I was having bad period pains that would stop me mid-sentence and I’d have to breathe through them. I remember trying to eat a croissant and feeling really sick.

We slowly walked down to M&S to get my husband some breakfast and I was wandering around the hospital foyer breathing through these regular pains when I bumped into one of my mum’s friends. I had a strained conversation with her about life, the universe and everything to the point where I was literally hopping from one foot to another due to the growing pressure in my uterus. It took a long time to walk back to the ward, as I had to stop every five steps to breathe through yet another surge.

So, over the course of these few days I was being regularly examined to see if baby was ready to get a wiggle on, and as far as I was aware, she was making slow but steady progress. That afternoon, after hours of bouncing on a ball and listening to Radio 1 whilst my surge timer screamed at me “GO TO HOSPITAL, YOU’RE IN ACTIVE LABOUR,” I was examined by a midwife who told  me baby wasn’t ready at all and that I was basically at square one.

Bearing in mind a) I was incredibly pregnant and very emotional at this point, b) I’d been in hospital for two days and hadn’t slept much AT ALL and c) I’d had countless hands up my fanny – to hear that it was all in vain had me sitting in that hospital bed absolutely howling with tears.

After a chat with a lovely midwife, a super-friendly student midwife and my husband who definitely deserves a medal for Birth Partner of the Year, I went back to listening to my music and tried to chill out for a bit until I really couldn’t bear it anymore and asked for some paracetamol through gritted teeth.

Things get a bit wobbly about now. At one point, I stood up and felt like my heart had fell out of my arse. There is no other way to describe the feeling. Then, in no particular order, my Dad text me to ask me if “I’d had this bloody baby yet”, I had my bloody show (as glamorous as it sounds), I had a really shit shallow non-bubbly bath, the midwives swapped over to the night shift and I went for a wee.

This wee, in hindsight, might have been my transition period to THE BABY IS COMING OUT NOW.  I sat on the toilet and felt incredibly wobbly, anxious and just generally like I was going to pass out. Any sensible person would have pulled the emergency cord and got a midwife in there ASAP but for some reason I didn’t. I just feebly called out to my husband who just so happened to be outside the toilet door wielding my toothbrush, trying to get me to brush my teeth before birth. He then quickly called a midwife and they got my grey self back to bed.

From this point, I don’t remember anything clearly. Things got intense, I thought I was screaming at the top of my voice but apparently I was just moaning and groaning at a vaguely acceptable level. I started asking for more pain relief, but it never happened. I was waiting to be wheeled round to the Delivery Suite (It was finally my turn to be the loud person!) but was repeatedly told that it was really busy over there and I needed to just wait a minute.

I could not wait a minute. I was brought gas and air which was incredibly disappointing and basically just gave me that feeling you get when you’re on the toilet in a club and you realise you’ve had one vodka too many and you’re a bit disappointed with yourself and the girl in the stall next to you has to give you a mini pep talk.

Since my babies have notoriously massive heads, this position wasn’t the one unfortunately and I had to lay down and put my feet into some stirrups (one of which was broken and wobbling around all over the shop, Reece ended up holding it still and I distinctly remember grunting “FUCKING THING” as my baby’s head was crowning.)

The midwives were starting to get a bit concerned due to baby’s sizable bonce and mentioned that they might have to call a doctor in to assist, either with the suction cup or forceps. And I was not having that. So with the next surge, I pushed like I was having a poo the size of a baguette. And out flew Luna. All 8lb 10oz of her.

I’d packed battery-powered tealights, a lavender pillow and Reece had spent weeks crafting a playlist on his Spotify for the birth, and none of these left the bag. I ended up stark naked, as my t-shirt was getting on my nerves, with my feet in the air pushing this baby out in a bright, white room after being in hospital for two days and three nights and it was still one of the best experiences ever.