Let me take you back in time. When I was young and fancy free, I used to imagine myself as a ~music journalist, bobbing around London going to gigs and being the go-to gal on what’s up and coming on Spotify. For some reason I was kidding myself that my opinion meant something and that I didn’t just sit in a dark room listening to Welcome To The Black Parade on repeat.

Since Elliot’s back at school now, I have more time to listen to something that isn’t the Mickey Mouse Clubhouse theme tune on repeat so thought I’d dip my toe into the world of talking about music. Here’s a few snippets of what I’ve been listening to over the past week or so.

I love a bit of Bring Me The Horizon. The other week, I treated my husband to a listening party of their first album and he was slightly shocked. It was like I’d bared a piece of my soul and it didn’t go down very well. This single, however, is much more palatable. It could be a completely different band, to be honest. It’s the second single released from their new album amo, that’s coming out in the new year. (And it’s the better of the two, to be frank with you.) With spoken word vocals, which I’ve heard were a complete “brain dump” by lead singer Oli Sykes over an almost rock-pop bassline and some bonus horns at the end for good measure, it’s an absolute BOP.

It had to be involved somewhere didn’t it. With Halloween just passed, this has been played a lot in my house. It’s also a great sing-in-the-shower job, as the noise of the water takes the role of the fuzz and I take the grand role of vocals. It’s a bouncy, poppy tune that you could easily dance down the street to as you’re trick-or-treating. (Bonus points if you’re wearing a skeleton outfit from the lyric video.)

Chris – Christine and the Queens

This album is, in my opinion, really sexual. And I’m a bit of a prude that can probably count on one hand the amount of times I’ve called something sexual. If you’ve heard Christine and the Queens’ first album Chaleur Humaine then you’ll understand that this second album is much more fierce and rough. It’s really refreshing to hear a woman sing about sex in such an honest and full-frontal way and even better to hear it over some ~funky beats. My favourite songs are Comme Si and Five Dollars, which I’ve posted the video to above.

If I was a teenage boy, I would have posters of Marina Diamandis on my bedroom wall. Tbh, I’m surprised I didn’t when I was a teenage girl. I love her, her voice is like liquid GOLD. Or liquid chocolate. Or ….Fairy Liquid? It’s beautiful, okay. I could gush about her all day so I’ll try and stop myself here. I don’t normally like Clean Bandit, for a few ridiculous reasons we won’t go into here, but this is a tune that makes me wish it was summertime so I could listen to it on a beach whilst drinking a peach cocktail and dipping my toes in the sea. Unfortunately it’s not so I will compromise and listen to it on my sofa in a dressing gown drinking a cup of tea. 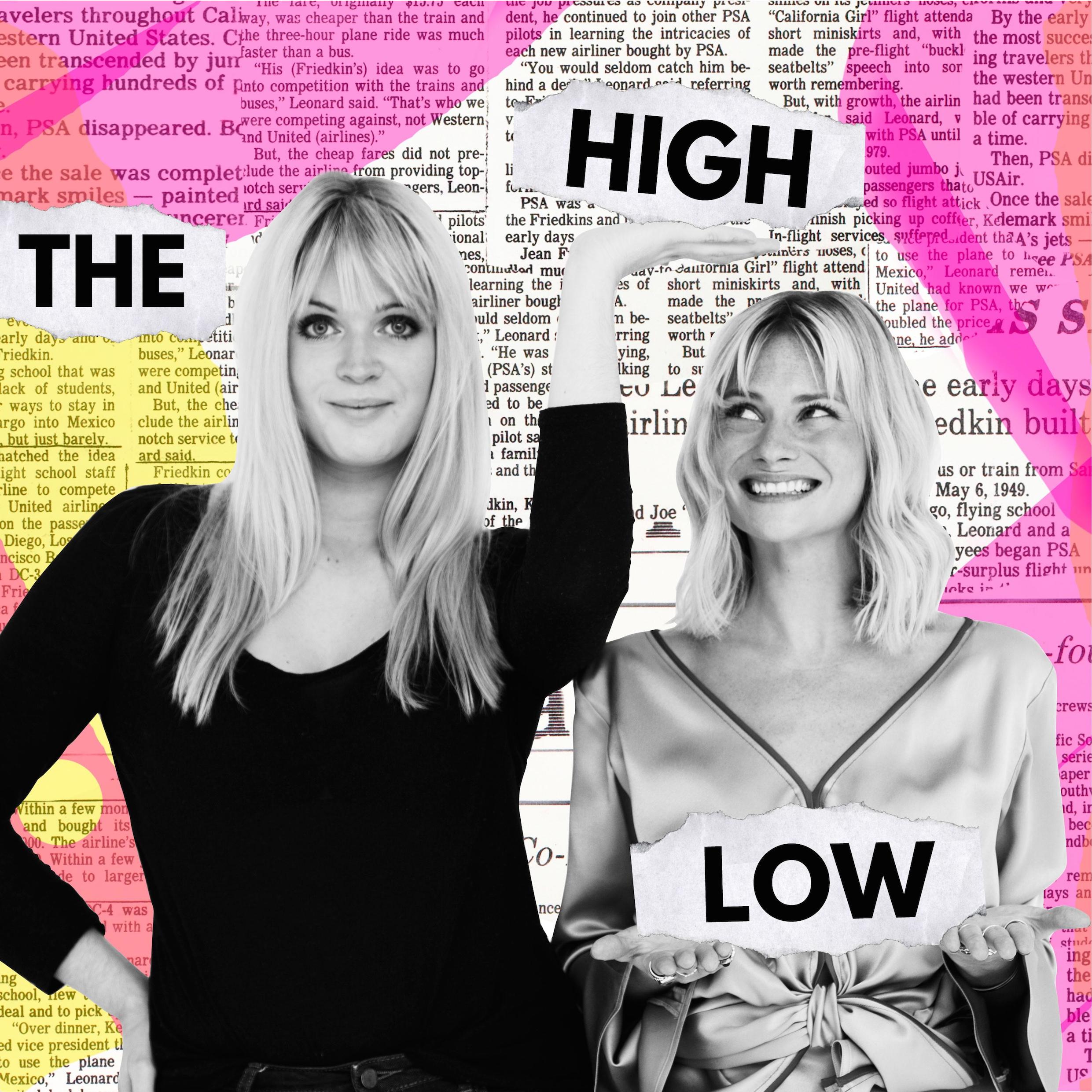 I don’t always listen to music, and have recently got really into podcasts. I listen to them when I’m doing anything – cooking, cleaning, Christmas shopping. One of my favourites which is both funny AND makes me feel like I’m learning something is The High Low, hosted by Dolly Alderton and Pandora Sykes. They talk through light and heavy topics, (that’s why it’s called The High Low) and their latest episode; a deep dive into anxiety was really interesting as I’ve suffered with it for the past decade. I’d recommend giving it a listen whilst you’re ironing or on a long walk. Just bear in mind your Amazon basket will start to groan as you fill it with their many book recommendations. But it’s worth it, right?